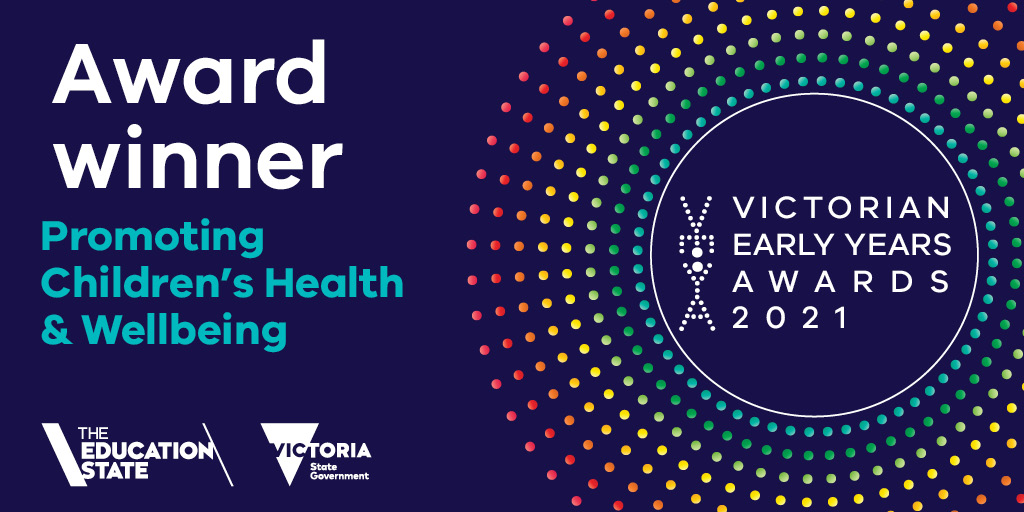 BCYF CEO Mr Sandy Morrison said the awards were an opportunity to showcase its work and to highlight the therapeutic Sunshine Circles program, which is improving the health and wellbeing of children aged up to six years.

“This approach implemented in our local kindergartens, early childhood services and schools since 2017 is making a meaningful difference for children and their families,” Mr Morrison said.

“The delivery of the Sunshine Circles program combines practitioners and educators engaging with children in interactive, cooperative and nurturing group activities to support social emotional skill development, self-esteem and wellbeing. It also provides parents and carers with in-home support, which is designed to enhance family connection and improve children’s social, emotional and cognitive development. Evaluations show the Sunshine Circles program is having a positive impact on children and helping give them the best possible start in life,” Mr Morrison said.

“We are extremely proud and honoured to win this award which is a testament to the commitment of the BCYF Early Years team to improving opportunities and learning outcomes for children” he added.

Since the program began, more than 700 children in the Colac, Newcomb and Moolap communities have participated in the Sunshine Circles group sessions and almost 80 families have been given in-home support.

The program is offered in settings where BCYF Early Years staff identify children who may benefit and over the past three years, 45 team members have been trained in the Sunshine Circles program.

Evaluation has shown a positive shift in overall outcomes for more than 80 per cent of all participants, with more than 60 per cent of children showing a decrease in challenging, uncooperative and distracted behaviours.

BCYF was among eight winners across seven categories in the Victorian Early Years Awards, selected from 115 nominations. As a winner, BCYF will receive a grant of $15,000 to support professional development and the further development of the program.

Minister for Early Childhood Ingrid Stitt congratulated the winners for their contribution to improving outcomes for Victorian children and their families.

“These winners are leaders in the early childhood sector, exemplifying the hard work and dedication to provide the best opportunities and educational outcomes for children in the Education State.”

Accepting the award for BCYF, Julie Molloy, Manager, Early Years Education & Community, congratulated all the finalists and said she was humbled by the recognition.

She paid tribute to the “passion, energy and dedication” of BCYF Early Years staff and educators working in partnership to embed a therapeutic approach into early years programs and for supporting families in their homes.

Sunshine Circles was “life-changing” for Sarah and son Oscar: the “fire-cracker” middle child whose big emotions were impacting on the whole family.

“I was having massive behavioral issues with him having tantrums and trashing the toy room and I had no idea how to deal with him. It was really affecting my relationship with him, and I was not feeling great about how I felt towards my four-year-old,” Sarah said.

During COVID lockdowns, Sarah and Oscar were introduced to the Sunshine Circles program through their kindergarten and were able to participate in one-on-one Zoom sessions at home.

“He wasn’t keen at first, but he got used to how he felt better when we did the activities and he would come to me and tell me he was getting frustrated and ask to do a hand stack or a check in, which would involve massaging his hands, looking in his eyes and really connecting. It helped to really calm him down, it ‘filled his cup’ so he could go off and be okay,” Sarah said.

She noticed improvements in Oscar’s behavior almost immediately after starting the program and the benefits have continued long-term.

“Every day he would trash our toy room but once we started Sunshine Circles, a week or two later I realized he had not trashed that room at all – and he hasn’t since,” she said.

“Now being at school it’s been a massive adjustment and it hasn’t been easy being in and out of lockdowns. If he’s having a rough couple of days, I just re-focus and centre him with a little bit of nurturing support and he’s back on track.”

“Sunshine Circles came when I really needed it and taught me these really powerful techniques for how to support him with his big emotions in a positive and nurturing way. I’d read parenting books but there was nothing out there that helped like this. Sunshine Circles gives parents a chance to learn there’s something more than what they’re already trying. It gives parents hope,” Sarah said.

Ebony describes Sunshine Circles as a “super-tool” that has helped her connect on a more individual level with each of her children.

He two youngest boys, Nash and Levi, have both completed the program and benefited in different ways.

“The boys have vastly different personalities and they both went through it for different reasons, but both got so much out of program,” she said.

“Nash was a really sensitive little fella who lacked confidence, so for the first three terms of kinder he was crying every day when I left.”

Once he settled in to the program, Nash soon grew in confidence and Ebony noticed changes in the way he interacted with other children and educators.

“I just feel like that was a turning point and he gained so many foundation tools that have helped him. He’s a different child now, he has a great group of friends, he does well in school. Actually, in funny way, he is now probably the most confident out of the three boys,” Ebony added.

“He has a lot of spunk and a great sense of humour, but he can also be firey and do silly things to gain attention,” Ebony explained.

During Levi’s kinder year there were huge changes for the family following the break-up of Ebony’s marriage. She found herself running the family’s dairy farm (with great support from her parents), working long hours and parenting three young boys – the youngest proving particularly “testing”.

“Levi was confident but it was a false confidence. He was funny, he was the joker, but inside he was lacking confidence. He was also close to his father, so he was missing him. I was a loving mum – I was physical, I would hug him and play with him, but he needed more. It felt like we butted heads and I was questioning my parenting and wondering what I had done wrong,” she said.

The Sunshine Circles activities at kinder and at-home support helped deepen their connection, and also resulted in Levi being better able to moderate his behavior instead of acting up for attention.

But it doesn’t stop there. The benefits have flowed on to the whole family, including eldest child Reece.

“I feel like we all got so much out of the program and I learnt skills to help with all of them. My boys are 11, 9 and 8, and I’m still drawing on basic tools I learnt in the program and finding different ways of connecting with of them based on their unique needs. I feel like all families should have access to a program like this,” Ebony said.

She attributes the success of the program to the relationship and rapport that she and the boys were able to establish with their Early Years Practitioner.

“I’d like to give special mention to Jane Russell for being that special person for the boys and myself. I think we got a lot more out of the program because of her and the way she taught us.”

Join our mailing list
Subscribe to our mailing list and stay up to date with the latest news and events from BCYF.
Share This
Previous article Running for a cause – raising funds to support vulnerable children and young people
Next article Geelong family’s journey with BCYF and the NDIA Early Childhood Approach 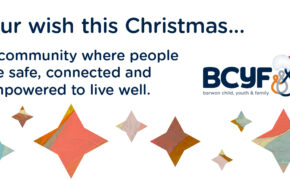 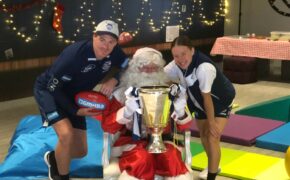 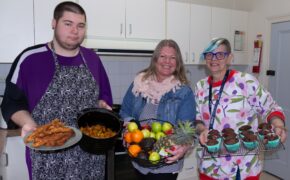 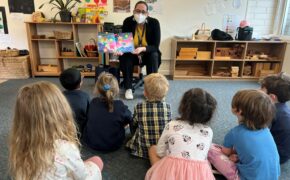