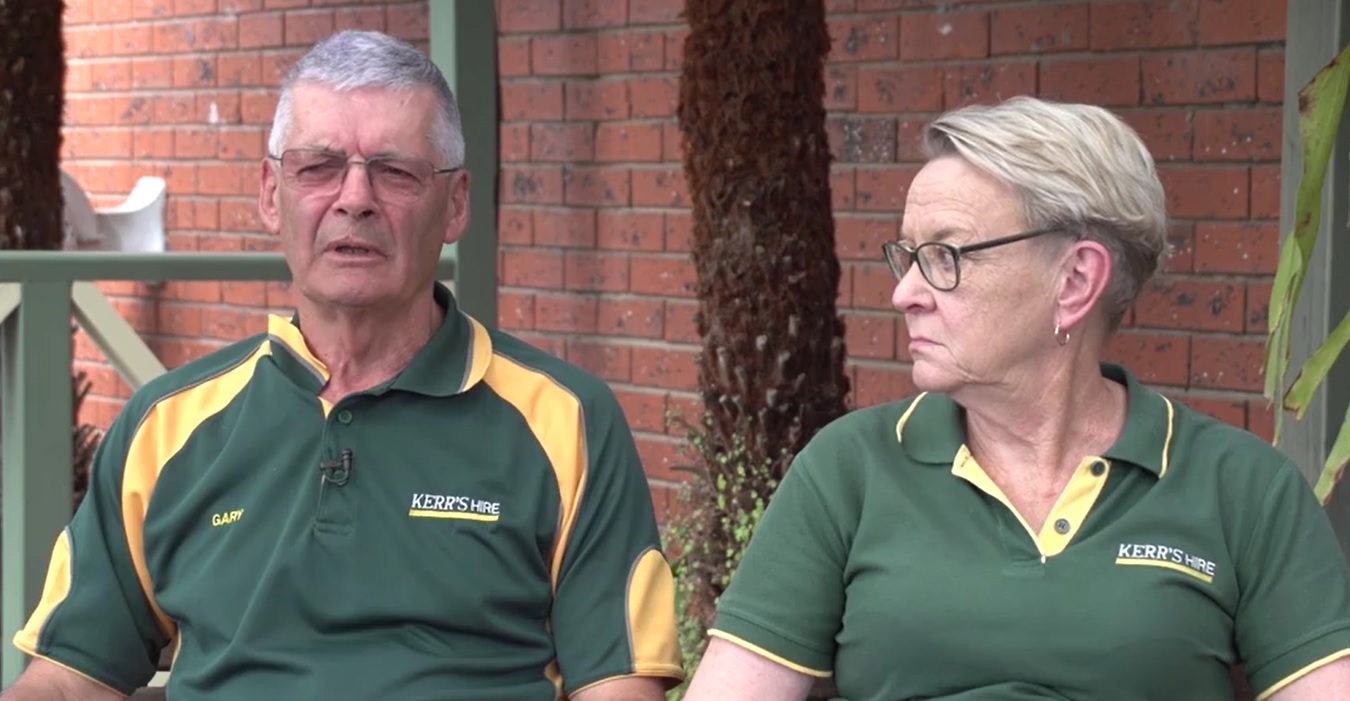 The moment before Gary Kerr and his wife Heather met the boy who broke into their home and stole their vehicle, the married couple of 50 years had mixed feelings of anger and anxiety.

Facing one of the teenagers who threatened their sense of security was a daunting task.

However, the pair, who participated in a Youth Justice Group Conference through BCYF, want to share their experience with others.

Not only were they able to help a young offender start the path to rehabilitation, they gave themselves the ability to move on from a traumatic experience.

Gary vividly remembers the September night their home was broken into.

“I was woken by Heather and she said, ‘Gary, someone is stealing, someone is driving your car’,” he says.

By the time he got out of bed, Gary’s company ute was driving down his street.

He ran out to the lounge room, his keys and wallet were gone. Still in a state of shock, he called the police.

Gary was concerned the offenders would return, as they had also taken the keys to their other car – still parked in their driveway.

“Heather and I, we couldn’t go to bed after the police had left, we just sat up in the lounge room with the light on out in the driveway, just to make sure they didn’t come back again,” he explains.

“When people come into your home, it’s just indescribable, because the emotion at the start is just fear – you don’t know what they’re going to do.”

A group of four teenagers had taken the car, driving it to speeds as high as 179 kilometres per hour throughout Geelong. After crashing the vehicle, the young people fled the scene. CCTV and dash cam footage helped police apprehend the offenders.

The Kerr’s car was returned, however, their sense of security in their own home was gone.

“Every night before I go to bed I make sure everything is locked,” Gary says.

“I put a lock on the gate where they came in, I’ve put CCTV cameras on the front, with alarms to ring on my phone if someone is entering the premises.

“These are the things I have done to try and alleviate my stress levels.”

One of the offenders, Sean* was offered Youth Justice Group Conferencing by his magistrate as part of his rehabilitation.

It also supports BCYF’s commitment to achieving better outcomes for the community.

“Group Conferencing adopts a restorative approach to a crime, which is understanding that, above and beyond issues of criminality, harmful actions damage interpersonal relationships,” she says.

“The fundamental sentencing principle adopted by the Children’s Court in Victoria is that of rehabilitation – this is in recognition that the human brain does not fully develop until the age of 25, and until this ‘rational’ brain has fully developed, the ‘emotional’ brain is what young people principally use when they experience overwhelming emotional input.

“By assisting young people to develop greater insight into their behaviours, enhancing their reflective skills, and increasing their understanding of the impacts of their harmful actions, we are addressing the core components which drive offending.

“Studies have shown that when young people are incarcerated, after two years, 57 per cent have reoffended, this is compared with only 20 per cent of young people reoffending over the two years after completing a youth justice group conference.

“Punishing young offenders does not address the causes of their offending, which is what programs like youth justice group conference can do.”

When Jessica contacted Gary and Heather about participating in the group conferencing, the pair admits they spent some time thinking about it.

“It could be a stressful thing, you are going to meet one of the perpetrators. And I thought, oh well, I’d be interested in doing that,” he says.

At this stage, Gary and Heather had not seen Sean in person, as by the time they woke on the night of the incident, Sean was already fleeing the scene.

“I was very surprised when we walked into the room and here he was, he was just a boy,” Heather says.

“We were really concerned about what was going to happen to him and where he would end up if he kept on this path.”

“I was ready to get stuck into him,” Gary adds.

“But, when I saw him, I had a different mindset.

“When he started talking, when the convenor was asking him questions, I thought, I’ve got to be positive here, rather than negative – to be able to say (to him), well, okay, get something out of your life, rather than sit there and blast him.

“I’ve heard since, a lot of people go in there and do that.

“In a conference, either party can leave, any time they like. And this time, I wanted to make sure that I help this kid.”

After all parties discussed the incident, Gary and Heather starting asking Sean about his interests, and what he was good at, as they wanted to get him thinking about moving away from crime and into a career.

“But I also said to him, his mother was the biggest victim here, not us,” Gary says.

“His mother got into a situation where she had to ring the police to tell them to come and find him when they were looking for him, because she was so stressed about his career he was going to have if he kept doing what he was doing.”

The meeting stirred up familiar feelings for Gary, and took him back to a time when his son was a teenager.

“I used to be an umpire at the time, and I was at training one night and I was running around with one of the teachers at (my son’s) school,” he says.

“He said, ‘oh Gary, you need to look out for your son because he’s getting mixed up with the wrong crew’.

“So I went home that night and I said to him what the person had told me and I said, why didn’t you come to me?

“I said, okay, at the end of the year I’m going to give up umpiring.

“One of the things about Sean, at the conference we found out, he didn’t have a father figure in his life at that time.”

There are many contributing factors that lead up to a young person offending.

In the 2018-19 Youth Parole Board annual report, Chairperson His Honour Judge Michael Bourke explains how there should be greater, consistent assistance to the child protection system.

“The truly telling statistic in the characteristics of children and young people sentenced to detention or on remand is that 67 per cent have been victims of abuse, trauma and neglect,” he details in the report.

“Sixty-eight per cent have previously been suspended or expelled from school.

“Twenty-seven per cent have a history of self-harm or suicidal ideation.

“Thirty-eight per cent present with cognitive difficulties that affect their daily functioning.

“Fifty-four per cent have a history of both alcohol and drug misuse.”

For Sean, he did have some family support and was assigned caseworkers to help him put together a rehabilitation plan.

There is also evidence, published by The Crime Statistics Agency, that showed there had been a 34.9 per cent decrease in alleged offender incident rates by people aged between 10-17 years in the past decade.

“Geelong follows the same trajectory as the rest of the state – that is, that the youth crime rate is dropping steadily,” Jessica says.

“However, the perception of safety in our region is very poor, and no statistics will temper this.

“As we have seen with Gary and Heather, the thing that has helped them feel safer, more secure, heard, and understood has been the opportunity to share their story and hear Sean’s. This has humanised both sides of the story.”

Gary and Heather’s group conferencing experience ended with an embrace.

“We actually hugged each other, and I shook hands with Sean, because we felt that after it was so positive,” he says.

“When I hugged his mother, she as just so thankful for what we had said. She was confident he would be okay.

“Both of us felt so relieved after it that it took away a lot of our stress levels, knowing that he has the right group of people behind him, he’s got caseworkers helping him out, trying to find a future for him. That’s what was pleasing to us.”

Sean had a court date in December, and the magistrate deferred his sentencing, to give him the opportunity to rehabilitate. At the last update in February, he has not reoffended.

“Sean continues to receive good support from family, and is actively engaged with supports, encompassing both voluntary and statutory support services,” Jessica says.

Gary chose to attend Sean’s court date, and will attend his next one, not to see him punished, but as a support.

“All I can say to people if they are a victim of crime, and get the opportunity, go for it, but go for it with an open mind, because that’s the whole point,” Gary says.

“The kid that’s gone there to the conference, he wants to rehabilitate himself, so he doesn’t need to be belted around the ears when he gets there, because you’ll only deter him.

“Sean is a smart kid, he’s got all his wits about him – he just needs guidance.

“And lucky for him he’s getting some guidance from his caseworkers and hopefully they’ll be able to steer him on the right track.” 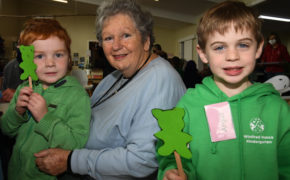 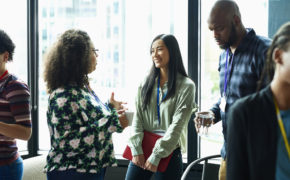 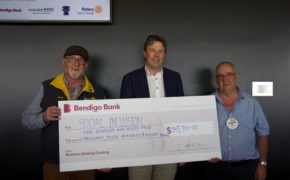 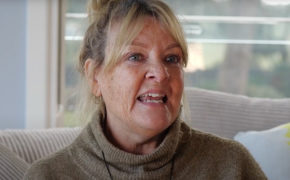